I am nothing.
I shall always be nothing.
I cannot want to be anything.
But I have in me all the dreams of the world.
- Fernando Pessoa (1888-1935)
(beloved poet of Portugal)

In this paratheatre work, No-Form refers to personal intimacy with the Void of potential energy. In this work, No-Form serves two functions: 1) to cultivate enough internal receptivity to engage vital currents, impulses, and autonomous forces in the Body as movement resources and 2) to discharge and release these energies through disidentification. We merge with the energy and then, we disengage with the energy. The first function induces a physically active trance state. The second function acts as a trance-breaking device. This No-Form method is applied before and after each and every engagement with the forces within the body. Though no language exists to describe "intimacy with void", the following adjustments have been known to support the No-Form experience: 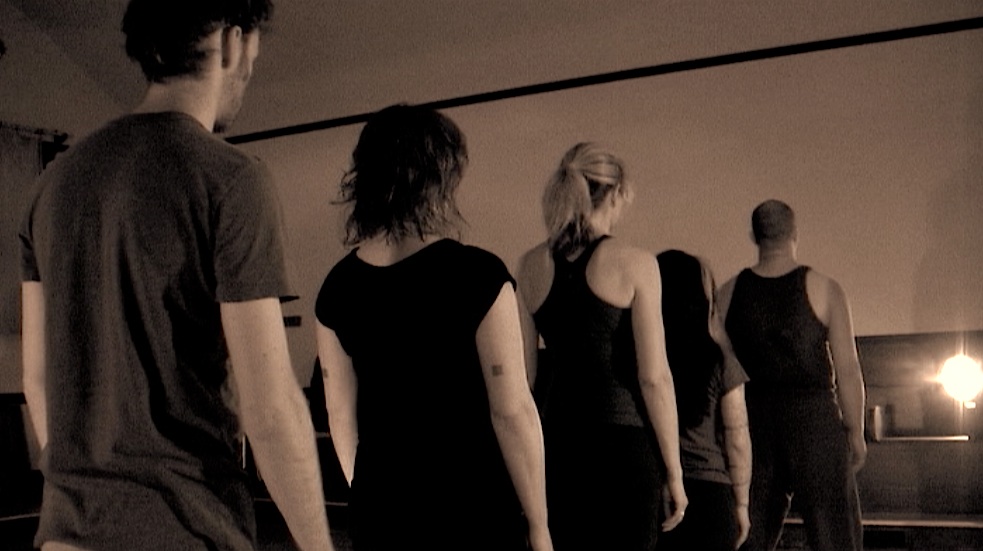 THE PHYSICAL STANCE
Stand in any way that supports vertical rest -- find the point of minimal effort to remain standing; standing at rest. The following physical adjustments can support emptying: 1) unlock the knees 2) widen the stance 3) drop the pelvis 4) let the spine drop, relaxed and suspended 5) focus on a full exhale, allowing the inhale to occur as a reflex and 6) eyes shut or open as a slit to minimize external stimuli.

Notes on breath: Emphasize the exhale in the standing no-form process so as to allow the inhale to occur as a reflex. In this way, the vagus nerve secretes a transmitter substance (ACh) which causes deceleration within beat-to-beat intervals of the heart via the parasympathetic nervous system (PNS).

INTERNAL ADJUSTMENTS
Once the outer actions of the physical stance are established, the following internal adjustments can support the inner action of No-Form: 1) withdraw attention from the external environment and reconnect attention within 2) relax the desire to control the outcome of the experience 3) relax the desire to control 4) find your anchor or comfort at being nothing and 6) be nothing. 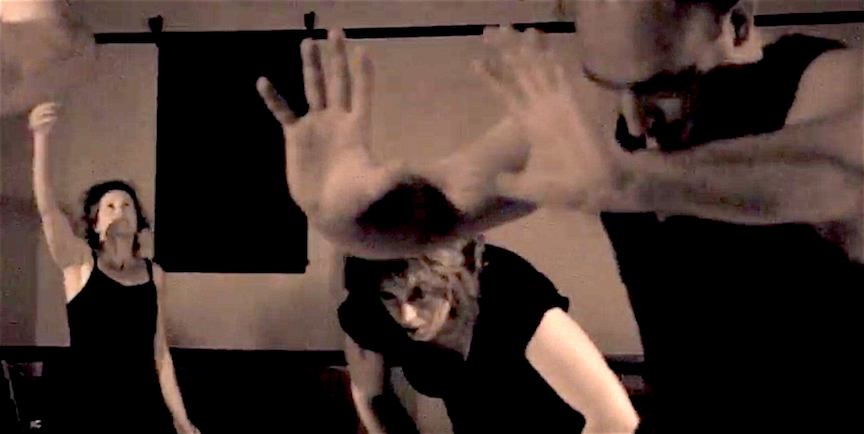 THE CHARGING ACTION OF NO-FORM
After entering No-Form, we choose a source of energy - a force - to access, such as the element of Fire. It is safe to assume that Fire already exists within us as the electrical impulses of our nervous system. The next step is projecting, or sending, this Fire energy into an are of the workspace designated for it engagement. The next stage is stepping into that area and allowing the Fire element to fill our previous No-Form state of receptivity. As the Fire energy begins filling your receptive vessel, we don’t try to control or direct this energy. Allow the energy itself to dictate the direction and outcome of your movement, sounds, and gestures. The deeper your receptivity in No-Form, the deeper your experience of whatever source you wish to engage. This initial stage of receptivity and engagement of a source represents the "charging" function of No-Form. It acts as a trance-induction device; it alters your consciousness from one state to another.

THE DISCHARGING ACTION OF NO-FORM
Return to the No-Form stance after you’re done engaging whatever force was chose. While in No-Form, release your attachment and identification with that force. This discharging action of No-Form acts as a trance-dispersion device. By returning to No-Form after each ritual engagement of energies, that trance can be broken and receptivity restored; we return to being nothing or, nobody but ourselves. This return to No-Form minimizes ego inflation that can occur with identification and merging with unconscious contents of the psyche. These two functions of No-Form -- charging and discharging -- occur by setting apart time before and after each ritual immersion to stand in No-Form. 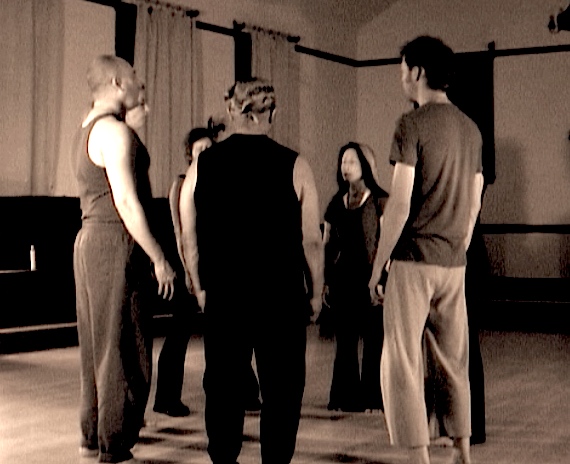 PERSISTENCE OF PRACTICE
First, we encounter the Void. Then comes different reactions and resistance to the Void. With persistence, there can emerge a friendlier relationship with the Void until, at some unpredictable juncture all separation between self and Void dissolves and we are left with an ineffable experience of being an expression of the Void -- the potential state, where all forms emerge and are born and dissolve in perpetua. No-Form practice represents the crux method of this paratheatrical medium.


there is nothing to a void 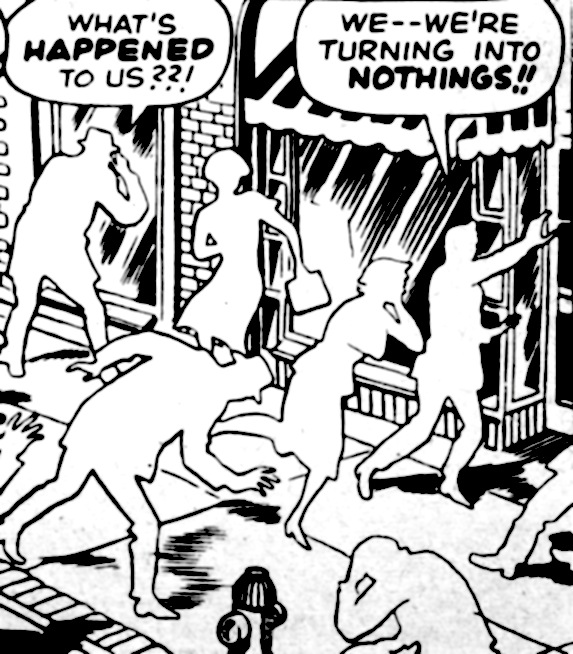 BE NOTHING. The default dominator culture, and its bastard offspring celebrity subculture, invests high status on becoming somebody while shaming the idea of being a nobody...a nothing! However, as all self-governing bodies eventually realize, real power (not control), real freedom (not ego-independence) and real creativity (not consumerism) stems from intimacy with the formless, invisible sources -- the fertile void -- behind all palpable, visible and manifest effects. - Antero Alli

Paratheatrical articles
by Antero Alli and others

"Undoing the World"
a paratheatre manifesto