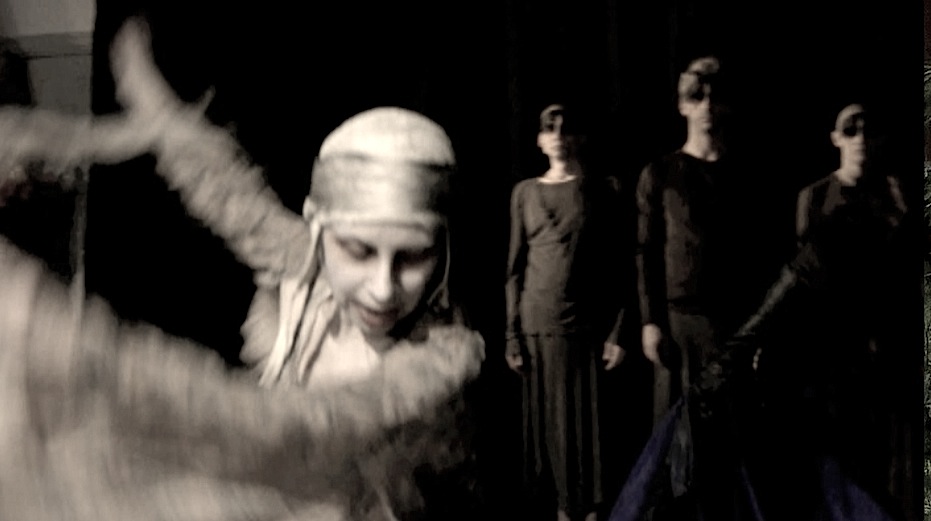 In this paratheatre work, vocalization is approached through somatic exploration of tonal expression
in motion, gesture, and interaction. This "embodied voice" approach gained momentum after 2004
thanks to the ongoing guidance offered by Sylvi Alli (pictured above). Listed below are a series
of terms and definitions for the methods developed during this time. - Antero


EMBODIED VOICE; a three-step process that starts with 1) sourcing a given
energy, 2) resonating a sound that matches the frequency of that source and
3) allowing the sound to dictate physical movement. Motivated sound as
movement resource. With practice, sound, song, and movement blend
and become unified.

IMPULSES; process of allowing free expression of the body’s spontaneous
responses to stimulus such as singing your song; unplanned and undirected
movements of innate responses to the song

EARTH; source of stabilizing current often incorporated during the jog
to anchor the attention in the body and resonate sounds and tones
that match the earth energy in the body

PRECISION; clarifying the form and direction of any movement or sound
by paring away the excess; any unveiling of the essence of a movement,
sound or gesture; economy

SONG ESSENCE; the silent source of the song showing its own distinct force,
quality and tone; with enough commitment to this silent essence,
one can find resonance with its essential tone

ESSENTIAL TONE; the tonal essence of the song as discovered through
resonating a sound to match the song essence; the essential tone is not
the melody of the song but a pre-melodic sound or series of tones

ANCESTRAL SOURCES; any personal and intuitive access to the emotional
and spiritual wellsprings of your genetic lineage as represented by your
chosen song; various modes of song as ancestral vehicle include:
asking them questions, relating to them, singing your song to them,
praying to them, embodying them.

HEAD/HEART/GUT; technique for singing (or toning) the melody of
your song through the three major centers in the body and then,
the three minor centers within each. HEAD: throat, mouth, back of head;
HEART: lungs, upper chest, upper back; GUT: belly, pelvic basin, solar plexus.

CALL & RESPONSE; using your song as the only language you have to
reach others; requiring moment-to-moment listening and responding;

LAMENT -- CELEBRANT; dynamic song polarity; using your song-as-vehicle
to lament and/or celebrate; usually done in groups of three or more 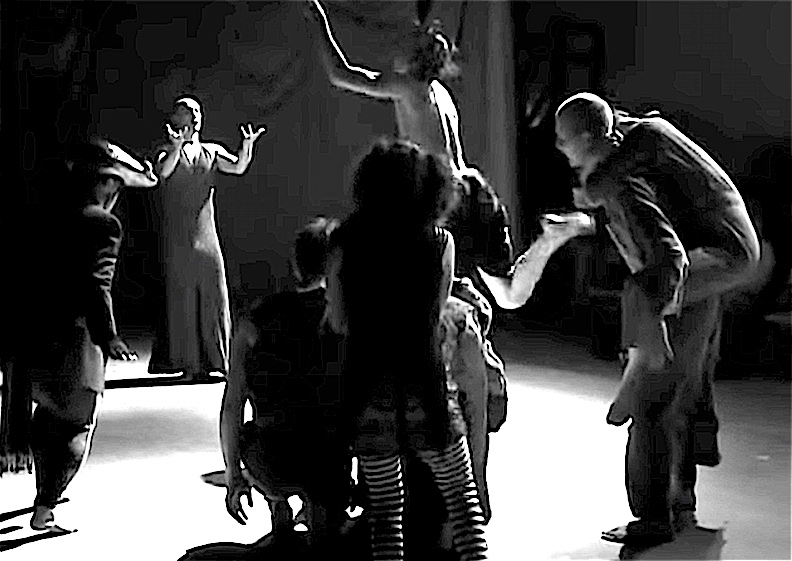 towards the embodiment of a song

2) PHYSICAL/EMOTIONAL
find the micro-movements, the dance and the ritual action innate to the melody 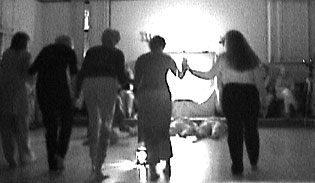 SONGS-AS-VEHICLES: THE CD
recorded in the Marin Headlands bunkers