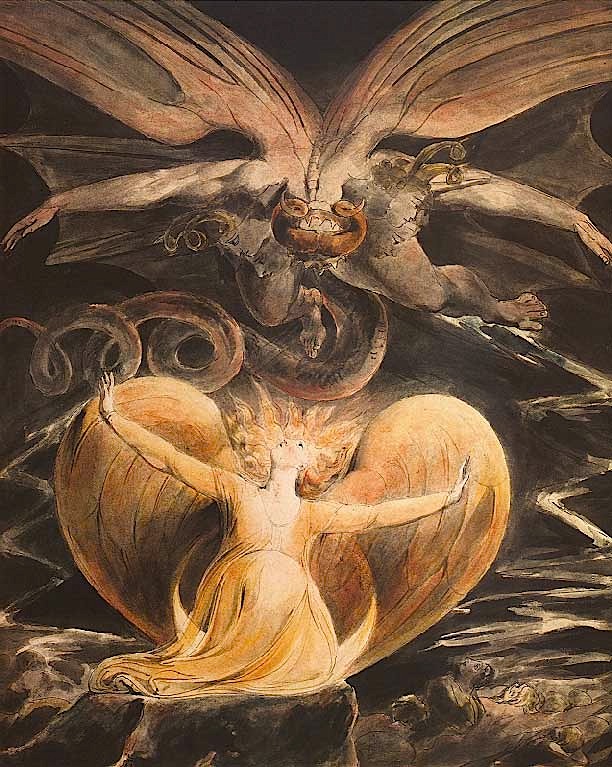 anima (Latin for “soul”)
a wildly imaginative, seductive feminine power within man; the Eros...
sometimes carrying the emotional charge of the 'ideal woman or lover'.

animus (Latin for “spirit”)
a fiercely willful, visionary masculine luminosity within woman; the Logos...
sometimes carrying the emotional charge of the 'ideal man or lover'.

It can be identified as the totality of the unconscious feminine psychological qualities that a male possesses; or the masculine ones possesses by the female. Jung was not clear if the anima/animus archetype was totally unconscious, calling it "a little bit conscious and unconscious." In the interview, he gave an example of a man who falls head over heels in love, then later in life regrets his blind choice as he finds that he has married his own anima–the unconscious idea of the feminine in his mind, rather than the woman herself. The anima is usually an aggregate of a man's mother but may also incorporate aspects of sisters, aunts, and teachers.

The anima is one of the most significant autonomous complexes of all. It manifests itself by appearing as figures in dreams as well as by influencing a man's interactions with women and his attitudes toward them, and vice versa for females and the animus. Jung said that confronting one's shadow self is an "apprentice-piece", while confronting one's anima is the masterpiece. Jung viewed the anima process as being one of the sources of creative ability.


"Our approach to anima/animus is not psychological nor is our intention, psychotherapy. The purpose of this lab is to access the anima and the animus as energy sources to serve and express through movement, sound, gesture and the eruption of spontaneous mythos. Rather than search for meaning, we set up rituals of courtship and embodiment, extraction from and relationship with, the anima and the animus; not “my” anima or “your” animus but with THE anima and THE animus. By respecting the innate autonomy of the archetypes, we can minimize the kind of delusional thinking or the belief that they belong to us or, are something we can ever fully control or comprehend." -- Antero Alli, director

ANTERO'S ANIMA RITUAL JOURNAL
Notes and observations about what happened